Probably you heard already about it as a SAP Procurement and Ariba adept; since April 2015 the Ariba Network Adapter for SAP SRM has been on the market. This enables the exchange of PO’s and PO confirmations between SAP SRM and the Ariba Network in cXML format. In the meantime we’ve gained project experience regarding this topic, so it’s time for a blog.

To run the complete P2P process through the Ariba Network, there is not only exchange with SAP SRM required but also with SAP ECC. As a procurement system SAP SRM delivers the PO information to the Ariba Network and the rest of the info, like goods receipts and invoices, goes through SAP ECC.

This blog focusses on the SAP SRM connection with the Ariba Network and in particular how it can be realized and how it looks like.

Actions that need to be executed on-premise in SAP SRM: 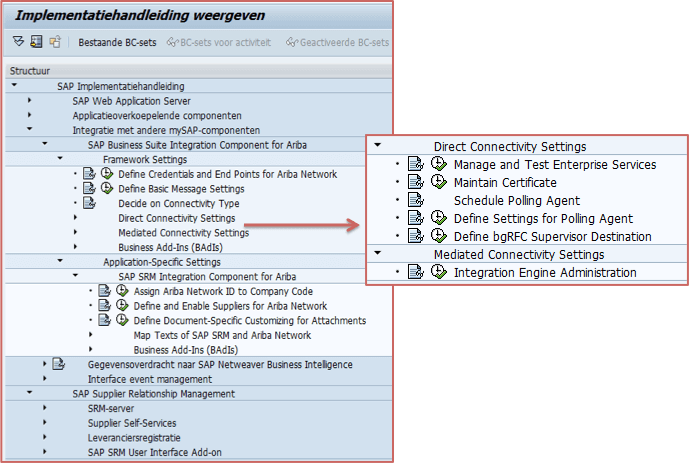 The Ariba Network customizing in the SAP SRM system

Settings made by Ariba on the Ariba Network:

How does it look like on the Ariba Network?

After sending a PO from SAP SRM to the Ariba Network, it is delivered in the outbox of the customer / purchasing organization: 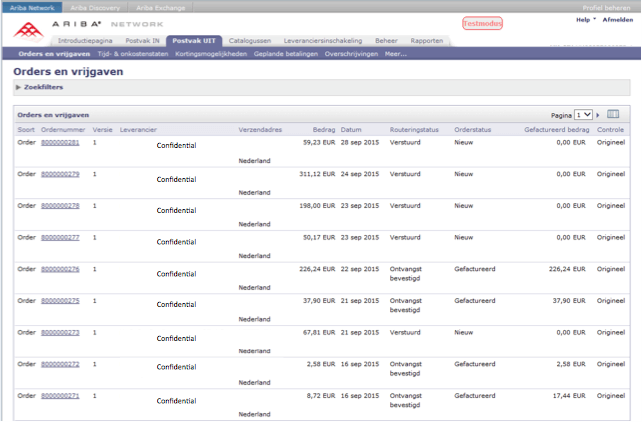 At the same time the PO is delivered in the inbox of the vendor: 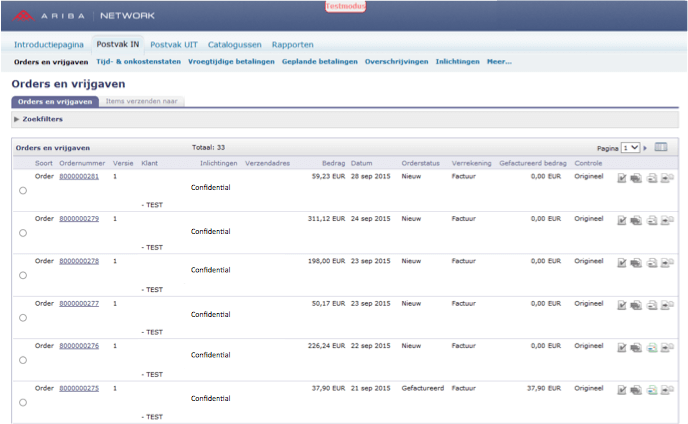 For example the so called PO Flip – turning a PO into an Invoice. By using the button Create invoice -> Standard invoice, an invoice is created based on the PO: 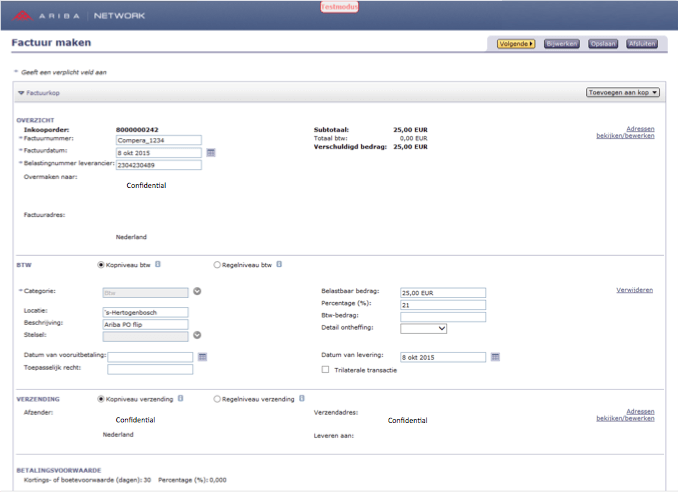 The vendor can easily process electronic invoices (in cXML format) through the Ariba Network and the procurement organization that receives the cXML invoices can gain benefits regarding the processing and matching of invoices.

If you want to know more about other new features in Ariba products, please simply contact Ariba partner Compera for more information.