SAP has introduced a renewed concept for contract management in SRM 7.0: Central Contract Management. At first sight there doesn’t seem to have changed too much. For instance, just like in SRM 5 contracts can be distributed to the desired backend(s). Also contracts can be created to be called off upon in SRM purchase orders in the Extended Classic scenario. However, there definitively are some subjects that are worth taking a closer look at.

By far the most important enhancement compared to Global Outline Agreements is the ability to use an aggregated contract for procurment in you entire landscape in the form of a Central Contract. This means that one single Central Contract can be distributed to multiple backends and can be used as a source of supply in SRM itself. It offers the ideal functionality to directly get a full overview of the global usage of the Central Contract. That’s because all call-offs are confirmed back to the Central Contract, regardless the origin of the call-off. 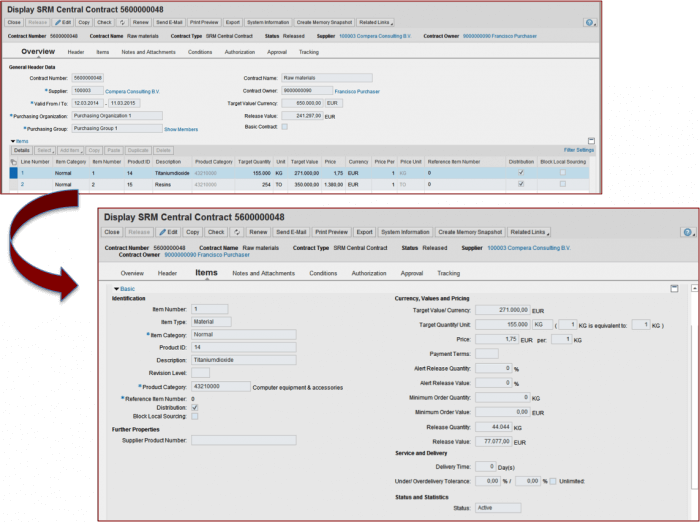 Central Contract Management uses standard SOA Enterprise Services for communication from and toward the different backends. SAP PI is actually not mandatory here, because the set of services can also be used via Web Services Reliable Messaging (WSRM). For all maintenance tasks standard SAP webservice tools are available. Even though Central Contracts can still be distributed via iDocs, in that case classic Out,ine Agreements are created in the backend. The real time SRM Pricing Check also only works via webservices. With the use of a Badi implementation an older bakcend system can easily be connected to SRM Central Contract Management. Therefor a diverse landscape does not have to be a limitation. 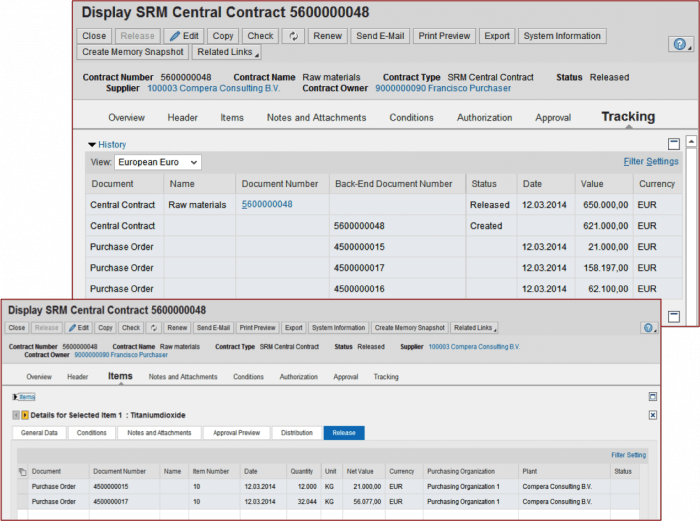 Central Contract in SAP ECC Ehp4 and up. 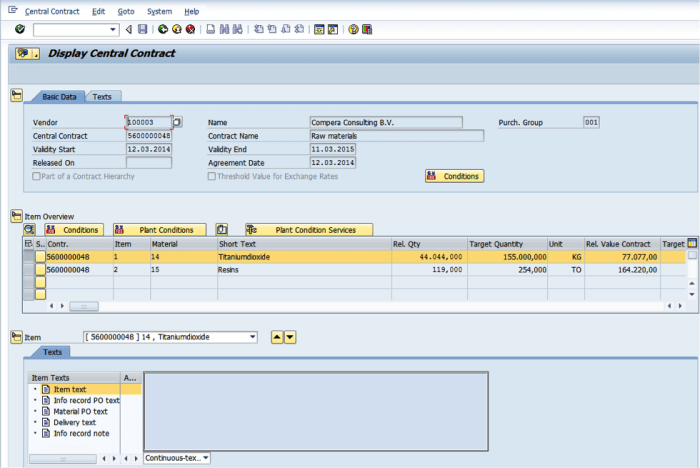